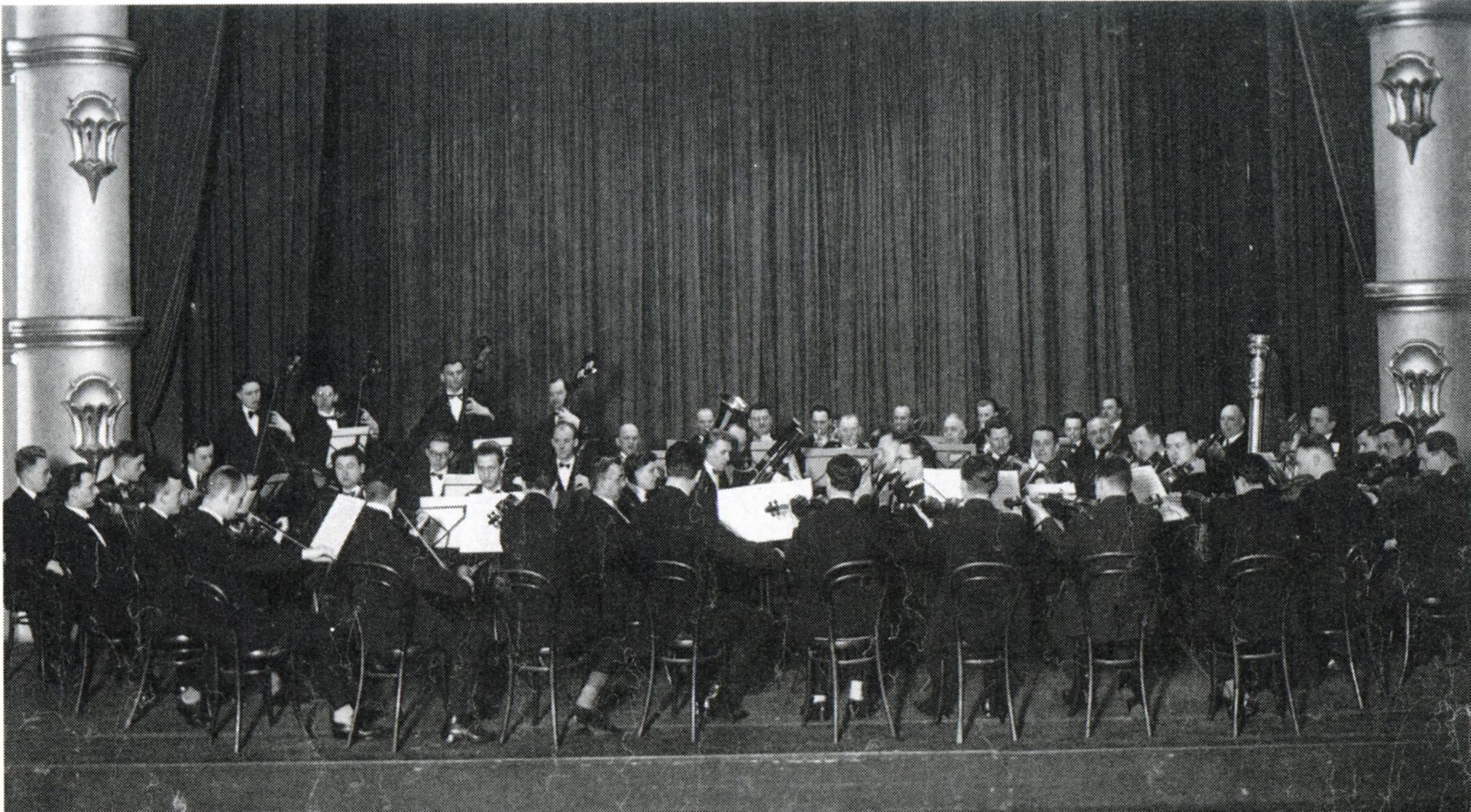 Founded by violin-professor Lev Zeitlin in Moscow (1922), PERSIMFANS left its mark on the culture of the Russian capital for ten years and impressed musicians such as Sergei Prokofiev, who played two concerts including his 3rd Piano concerto with PERSIMFANS, in early 1928.  He reported:

“The orchestra was excellent at performing the demanding program and accompanied as if a conductor had been in the front. The ritardandi or accelerandi caused some trouble, but the complicated passages where mastered flawlessly – here everybody felt like a soloist and played with the greatestprecision.”

Otto Klemperer was carried away by a concert:

Great! Tchaikovsky's Pathétique found the most accurate rendition I have ever heard. If this goes on, directors of music will have to look out for other jobs.

With its progressive approach, PERSIMFANS became a pioneer of radical experimental art and one of the most modern ensembles of its time, until the increasingly authoritarian Soviet regime brought both, the avant-garde and PERSIMFANS, to a sudden end. However, connoisseurs al- ways remembered PERSIMFANS as a rare example of a successfully realized musical Utopia.